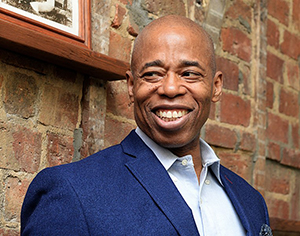 Throughout Black History Month, the Physicians Committee is highlighting some of the many Black doctors, chefs, restauranteurs, entrepreneurs, activists, and influencers who use their talents and voices to make the world a healthier, more compassionate place.

Today, we want to shout out five Black vegan trailblazers whose work embodies that goal! We hope you check out their websites and social media feeds to learn more about them and to support their work. We know you’ll be just as inspired as we are!

When asked about the significance of opening a vegan restaurant in the West End Atlanta area, which faces high rates of chronic diseases, Ms. Cole shared these inspiring words with Forbes: “This neighborhood and I go way back, and bringing vegan options and food awareness to this community for which I care so deeply has been one of my life’s dreams. Opening the conversation on vegan food options for people who have never considered them in this community that has such high numbers in hypertension, cholesterol, obesity, and a host of other food-borne ailments, is momentous. I am humbled daily by the weight of the opportunity, and I’m motivated by its seriousness.”

Talk about changing the world! If you’re ready to be inspired, be sure to follow Ms. Cole on social media and check out her websites below:

Bryant Terry is a James Beard Award-winning chef, educator and best-selling author, world-renowned for his dedication to building a healthier, more just and sustainable food system.

From a young age, food was a big part of Mr. Terry’s life. He grew up in Tennessee and learned about the vibrant world of food, flavor, and fresh fruits and vegetables in his grandparents’ kitchen and garden. As a high schooler, he made the switch to a plant-based diet after hearing a hip-hop song, called “Beef,” by KRS One which wondered: “When will this poisonous product cease?”

Mr. Terry describes that he truly entered the food world as a student at NYU. On his subway commute to class in the morning, he noticed young kids with Hot Cheetos and soda on the way to school and for breakfast. As a history student, he immediately thought about the Black Panthers in the 1960s and 1970s to provide free, nutritious breakfasts for tens of thousands of children and was inspired to create "b-healthy!," a program to give young people tools to eat healthfully. In his TEDMed Talk, Mr. Terry shared that the program was about “helping people stop blaming themselves and understanding the historical and innumerable physical and economic and geographic barriers that prevented their communities from accessing healthy, fresh, and affordable food.”

“Bryant Terry knows that good food should be an everyday right and not a privilege,” described his mentor, chef and restauranteur Alice Waters.

Since 2015, Mr. Terry has served as the chef-in-residence at San Francisco’s Museum of the African Diaspora, where he creates public programming that explores the connections between food, farming, health, activism, art, culture and the African diaspora.

Plus,he’s a best-selling author, who has written critically acclaimed cookbooks including Afro-Vegan and Vegan Soul Kitchen: Fresh, Healthy, and Creative African-American Cuisine. In his latest book, Vegetable Kingdom: The Abundant World of Vegan Recipes, Mr. Terry teaches the basics of how readers can use fresh, seasonal plant-based ingredients to put together showstopping vegan meals and then shares more than 100 beautiful and delicious plant-based recipes, including Millet Roux Mushroom Gumbo, Panko-Crusted Cauliflower and Coconut Curry, and Citrus & Garlic-Herb-Braised Fennel.

Areyou hungry yet? Be sure to check out Mr. Terry’s cookbooks, website, and social media:

“Everyone deserves access to fresh foods.” That’s the mission of LaRayia Gaston, who founded the Los Angeles-based nonprofit Lunch On Me, which provides healthful, nourishing, and organic meals to people experiencing homelessness in Los Angeles. Lunch On Me’s mission is “to end starvation by redirecting waste.” Ms. Gaston and the Lunch On Me team pick up leftover food from organic markets, grocery stores, manufacturers and companies, that otherwise would be thrown out. The team then turns it into fresh, individually packaged plant-based meals and delivers it to people experiencing homelessness. What do the meals look like? "It is spinach and udon noodle salad. We have grapes, organic scones, granola,” describes Ms. Gaston. Lunch On Me provides more than 10,000 fresh, nutritious meals every month and hosts monthly block parties, where the community can gather, connect, and eat warm, healthful meals. The organization also provides meals in Hawaii and New York.

In 2019, Ms. Gaston opened LaRayia’s Bodega, which brings affordable, healthful plant-based groceries and meals to the Westlake community in Los Angeles. The bodega sells fresh produce, fresh pressed juices, and vegan soups, salads, snacks and more – all for $5 or less for those who can afford it. Community members in need eat for free. The bodega also provides job opportunities for veterans and people experiencing homelessness.

"Service really is not just being kind to someone you walk past, but actually offering your gifts, your talents, your time," shared Ms. Gaston with ABC Los Angeles.

To learn more about Ms. Gaston’s inspiring work and mission, follow her on social media and check out her website:

In 2014, Eric Adams made history as the first Black person to serve as Brooklyn borough president. But soon after, he woke up one day unable to see his alarm clock through his blurred vision. He went to the doctor, who diagnosed him with type 2 diabetes and told him he’d struggle with the condition for the rest of his life. Instead of accepting that fate, he began to research what causes type 2 diabetes – and whether or not it can be reversed. What he found that day changed his life! He learned that a plant-based diet and simple food choices have a powerful effect. He made the switch to a plant-based diet and within weeks, he regained his eyesight. Three months later, his nerve pain disappeared, and his A1C – a test that measures blood sugar levels – dropped from a dangerously high level of 17 all the way down to a healthy 5.7.

Ever since, Borough President Adams has made improving the health of others and spreading the word about plant-based diets a core part of his mission. He helped to create a first-of-its-kind plant-based medicine program at public hospitals across New York City, which has helped New Yorkers who struggle with chronic diseases to learn about the power of plant-based nutrition. He’s also revolutionized New York City’s school lunch program, helping 15 Brooklyn public schools to implement Meatless Mondays – a program that was so successful that it has since spread to every public school in New York City! Thanks to his work, cancer-causing processed meats are also off the menu at New York City schools. He also hosts free events for residents to learn about healthy eating.

And his mission doesn’t stop in New York. With his new book, Healthy at Last: A Plant-Based Approach To Preventing and Reversing Diabetes and Other Chronic Illnesses, Borough President Adams is inspiring people around the country and the world to take charge of their health.

Genesis Butler is a real-life vegan teen superhero – literally! Last year, in recognition of her advocacy for vegan diets, animal rights and environmental justice, Genesis was featured in Marvel’s Hero Project, which showcases real-life heroes who are improving their communities and changing the world!
Inspired by her love for animals, Genesis decided to go vegan all on her own at age 6. She inspired her whole family to make the switch and soon after began inspiring her California community and then the world! At age 10, she became one of the youngest speakers ever to give a TEDx Talk, called “A 10-Year-Old’s Vision for Healing the Planet,” which has motivated hundreds of thousands of people to think differently about the food on their plates. She concluded her talk with a powerful thought: “by changing what you choose to eat, you will become a part of healing our planet, saving animals, and ensuring a bright future for all of us.”

Since then, Ms. Butler has been changing the world! In 2017, she teamed up with the Physicians Committee to advocate for new laws in California, and her powerful testimonies helped to put an end to animal testing on cosmetics and bring healthy, plant-based meals to every hospital in the state. She also made international headlines for traveling to Rome to encourage the Pope to go vegan! Ms. Butler used the money she earned from speaking at various events to found and run a nonprofit organization, called Genesis for Animals, which provides funding to sanctuaries and rescues who provide animals with a permanent home. At age 13, she also founded Youth Climate Save, a worldwide youth climate movement that focuses on the negative impacts of animal agriculture on the planet.

We can’t wait to see what this real-life superhero does next! To learn more and cheer on all of Ms. Butler’s amazing work, be sure to follow her:

Photo of Eric Adams from here under the Creative Commons license, with thanks.
← Older Post Newer Post →