44607
Reducing homocysteine is important as a marker for stroke* This supplement offers many benefits, due to its unique formula. Three of the most prominent ingredients are: Vitamin B-6 (pyridoxine) is necessary for the maintaining hormonal balance in women during periods of change, such as menopause or menstruation. In addition, the nutrient assists the immune system and promotes growth of new cells. It’s also used in the processing and metabolism of proteins, fats and carbohydrates; at the same time, it works to help control your mood. Finally, B-6 may also be of benefit tochildren with learning difficulties and those with conditions such as dandruff, eczema and psoriasis.* Vitamin B-12 (hydroxocobalamin) is an essential nutrient that you need to make the red blood cells that carry oxygen throughout your body, the myelin sheath that surrounds nerve cells, and several proteins. It also plays a role in fat and carbohydrate metabolism. Yet, despite its importance to overall health, vitamin B-12 deficiency is relatively common. It’s estimated that up to 15% of the general population may be deficient in B-12; the percentages are even higher among those with chronic illnesses.* Magnesium is found in every cell in the human body, and plays a role in over 300 enzymatic processes, including energy production. Magnesium is essential to preserving healthy bone density, normal cardiac rhythm and pulmonary function, and regulating blood glucose 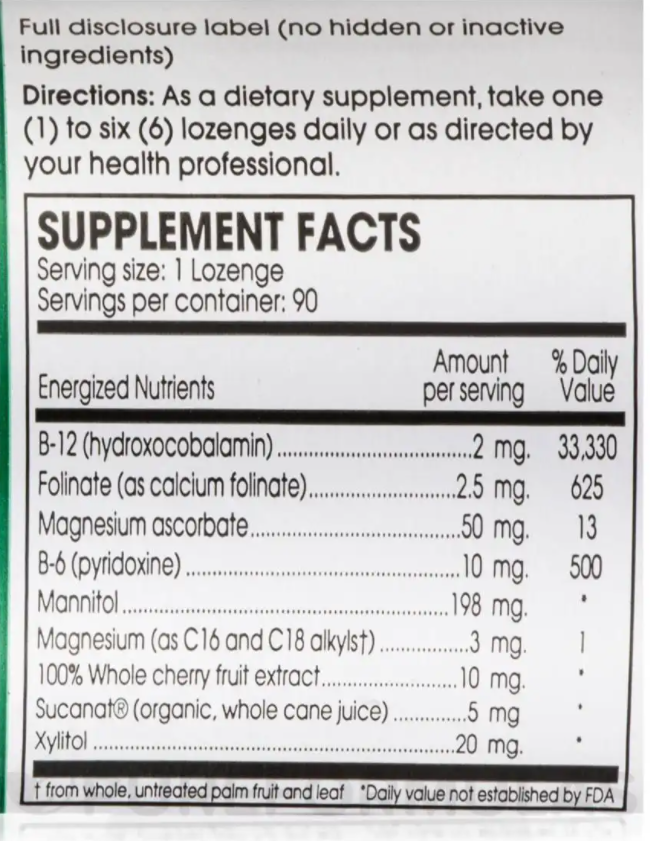