Thorne Research has created a comprehensive, synergistic blend of the most widely studied supplements that can promote brain health in one memory-enhancing product. The ingredients in Memoractiv support cognitive function via a variety of mechanisms of action and are provided in a convenient combination formula.

An Ayurvedic herb, Bacopa monnieri is neuroprotective and has been shown to support memory and learning. Bacopa results in a relaxed-yet-focused effect by enhancing levels of the inhibitory (relaxing) neurotransmitter GABA.

Take 2 capsules two to three times daily or as recommended by a health-care practitioner. 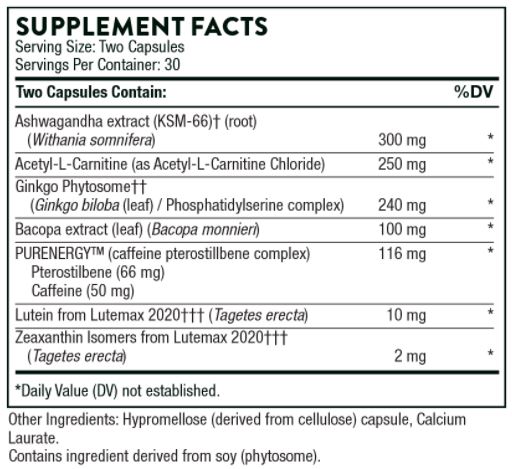