Greenselect Phytosome, the ingredient utilized in Thorne's Green Tea Phytosome, was tested in obese subjects (n=100) of both genders on a low-caloric diet; 50 subjects were assigned to the green tea extract plus the low-calorie diet, while the other 50 subjects followed just the low-calorie diet. After 90 days, significantly greater improvements in weight and body mass index were observed in the Greenselect Phytosome group compared to the diet-only group. 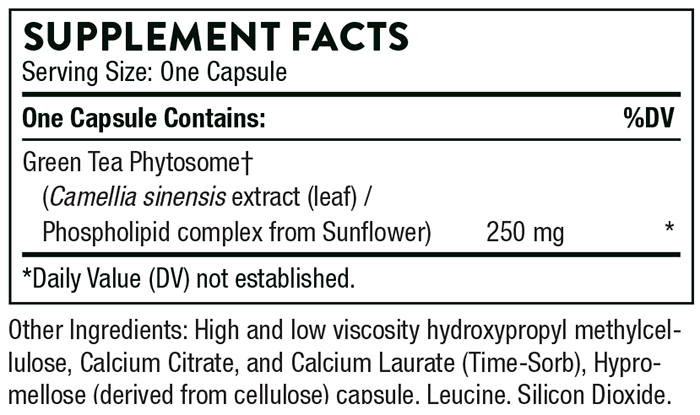