BRM4 is a rice bran & mushroom enzyme product made by a unique, patented natural process that assists in maintaining a strong immune system.  BRM4 has been clinically shown to support natural killer (NK) cell activity and the body's natural production of cytokynes (interferon and interleukins). It additionally supports the activity of lymphocytes (B cells and T cells as well as NK cells). In both laboratories tests and clinical trials BRM4 was shown to be safe with no harmful side effects.

MGN 3 is the brand name of a nutritional supplement that contains the active ingredient; MGN-3 Arabinoxylan Compound, which is contained in BRM4. BRM4 (MGN-3) is safe to use over prolonged periods of time, as it does not cause a hyper-response of the immune system, and does not lose effectiveness with prolonged use. It elevates immune activity to match the challenges of todays environment.

BRM4 works to increase B- & T-Cell counts (both helper & cytotoxic T-Cells), acts as an anti-inflammatory and anti-oxidant, as well as anti-viral support. BRM4 uses the powerful enzymes from the Shiitake mushroom to break up long-chain rice bran into short chain hemicellulose compounds. It is these compounds that appear to have such a powerful immuno-modulatory effect, and have helped BRM4 establish itself over the years as the most effective immune system supplement available worldwide, bar none. In long-term follow-up studies, Natural Killer (NK) cell activity was maintained as long as BRM4 was continued.

People who need BRM4 are those who suffer from immune system decline/suppression due to aging (e.g. over 45), as well as those with poor nutrition and dietary habits. Also included are those who are interested in early prevention due to family history, people with chronic toxic fume or chemical exposure history, and anyone desiring to maintain a strong immune system. BRM4 is completely non-toxic (even at high doses), natural and GMO-free; it is not a drug or a synthetic compound, and suffers no contraindications (except with immunosuppressants). BRM4 can be safely taken by children and infants, with doses scaled down by body weight.* Individual results may vary from those described. 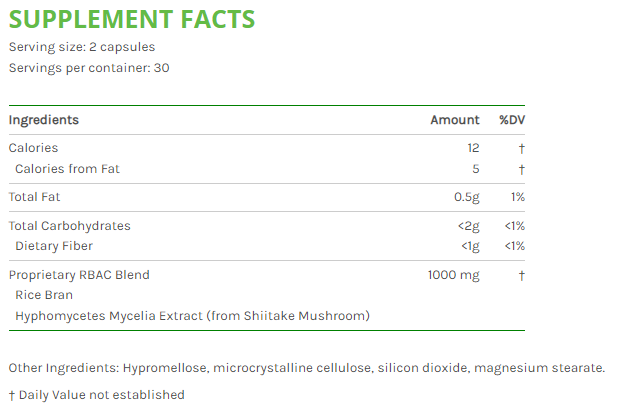