It is important for a woman of childbearing age to get enough folic acid – not just those women who are planning to become pregnant.* Because half of pregnancies are unplanned, any woman who could become pregnant should get enough folic acid every day. Folic acid intake is especially important before conception and during early pregnancy, since its biggest need is during the first trimester – when a woman might not even know she is pregnant. Supplementation with the active form of folic acid – 5-MTHF (L-5 Methyltetrahydrofolate)– is always preferable.

Take 1 capsule one to three times daily or as recommended by a health-care practitioner. 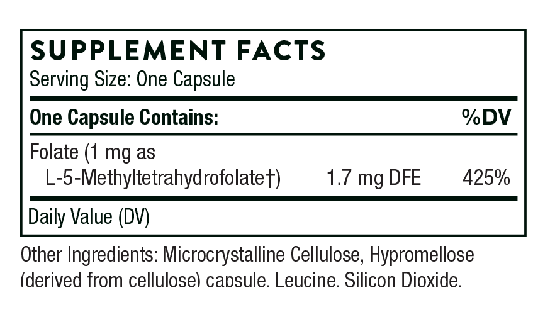